A recent child custody case involved a meal at McDonald’s. A father who was attempting to make better food choices for his son refused to take that son to McDonald’s for dinner, offering him instead of several other options. The son threw such a fit that the father ultimately said it would be one of the other restaurants or nothing. 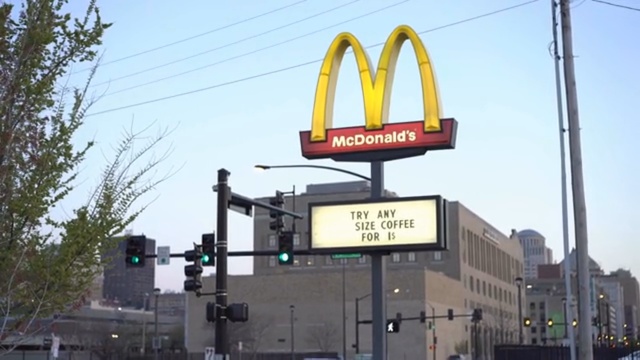 The child chose nothing.  The mother then used this incident in her argument that the father did not deserve shared custody of their son – he was, after all, denying food to the lad.

The Dad is Right

No matter what advertising may be a part of McDonald’s marketing program, the facts are pretty clear. In many instances, McDonald’s is not real food. It is chemically-devised food derivatives that contain less and less actual food as their production processes are further mechanized. Thus, Chicken McNuggets are more a pink slime of chemical ingredients than any chicken parts.

Recent tests show, in fact, that hamburgers from McDonald’s can sit in the open for as long as 18 months undisturbed by natural organisms that typically act as decomposers. They avoid the hamburger because it is composed of more chemicals than it is an organic food product. (http://www.care2.com/causes/5-reasons-to-never-let-your-kids-eat-at-McDonalds)

And That’s Just the Beginning of Bad Health

Here are the additional ingredients that result in obesity, diabetes, and heart problems. McDonald’s loads its food with salt, sugar, and unhealthy fats. Most consumers do not realize, for example, that animal fat is included in the oils that are used to cook French fries. Why does McDonald’s do this? Because consumers have become addicted to that taste, and it keeps them coming back.

McDonald’s Response to Criticism of its Promotion of Poor Health

McDonald’s decided to repair its reputation by adding healthy side choices to its Happy Meals. Parents can now choose apple slices or low-fat yogurt, along with low-fat milk as healthier options. These are fine if kids will actually eat them, but most want those fries and sugary soda options instead, and many parents simply give in. The reason? Kids are already addicted to salt, fat, and sugar.

In a typical cheeseburger Happy Meal, for example, children are getting 920 mg. of sodium (far more than the recommendations for a healthy meal), 20 grams of fat (almost an entire daily recommended amount), and 22 grams of sugar (exorbitant).

The verdict is pretty clear – healthy side options are not resulting in healthier eating.( http://www.dailymail.co.uk/femail/article-2159384/Happy-Meals-salt-13-portions-fries-dish-sugar-Twinkies-Watchdog-warns-healthy-kids-options-but.html).

The Indirect Health Impact of McDonald’s

The low wages that McDonald’s pays its workers has been the subject of a lot of public discourse and demonstrations in recent months. And here’s the ugly truth about this situation. The average McDonalds worker is no longer the high school kid who wants a part-time job to pay his/her car insurance or buy the latest clothing or shoes.

It is now an older individual who has been forced to take low-paying work because of the 2008 economic collapse or the un-skilled adult who has no education or training beyond high school.

These adults are often supporting families on their wages, and their food options for feeding those family members are seriously limited, even with food stamps. Fresh fruits are out of the question for these families, because their dollars cannot stretch far enough to afford the prices.

So, they buy cheap frozen meals loaded with chemicals, sugars, and fats, and the cheaper carbohydrates (e.g., pasta) that will be filling, even if all of those carbs turn to sugars in children who are not as physically active as they should be.

The bottom line is this: McDonald’s has been willing to participate in the sacrifice of personal health for its own profit. Is it any better than the worst air polluter on the planet?