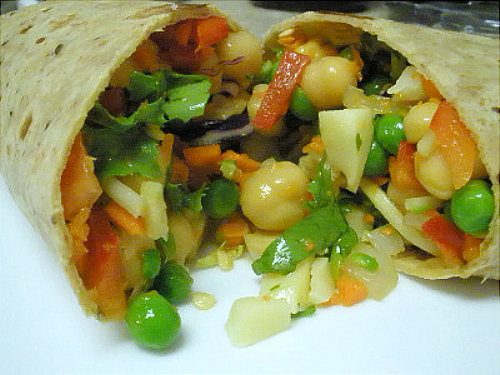 I have never been a frozen dinner type of person but since I get so many questions about the health value of the Lean Cuisine brand of foods, I decided to add it to my “Is It Healthy?” series. I’m not sure if it’s the TASTE of Lean Cuisine meals that make them so popular OR if it’s the idea that they are considered “healthy diet food,” either way, I thought I would take a closer look.

1. Are they REAL foods? When I define real foods, I am generally thinking in terms of food as least processed as possible. Frozen entrees are typically highly processed and the “healthy” choices are no exception. There’s no denying that even though they boast ”no preservatives,” they still contain food coloring and lots of chemical additives, which are not the type of ingredients I recommend consuming on a daily basis.

2. Nutrition Facts. The nutrition facts label for most Lean Cuisine entrees is not terrible. They are generally low in calories and have less sodium than other varieties. However, the portion sizes are pretty measly relative to the amount of calories and they are not very nutrient dense. Most of these entrees are filled with empty calories in the form of sugar, salt, and refined grains, leaving you hungry shortly after.

3. Taste. I have to be honest here; I have only ever tried TWO Lean Cuisine meals in my life; some sort of mini pizza and a chicken panini sandwich. I was extremely disappointed with both. The bread on the sandwich and pizza tasted like cardboard and the chicken resembled chicken…I THINK it was chicken, but it did NOT taste like chicken. Maybe I’m a food snob, but I did not have a pleasant experience.

4. Weight-Loss. I do not think that Lean Cuisine meals are going to aid in your weight-loss efforts. In fact, I think they might be contributing to your weight problem. I notice I see more overweight people who regularly consume “diet-type foods,” than those who eat minimally processed, homemade foods. I think these “diet foods” are either highly unsatisfying and leave you craving MORE sugar, salt, etc OR you believe since you ate a “healthy” Lean Cuisine for lunch, that now you can eat whatever you want for dinner. Either way, this is not healthy eating and will not lead to weight-loss. I think you can do better. Try making a casserole you can individually portion out for the week OR make a meal plan so you aren’t tempted by convenience!

Bottom Line: I would not discourage Lean Cuisine entrees from people completely, especially if you truly enjoy their taste *cringe*. However, I would suggest limiting their use to once or twice a month. I know that life is hectic and grocery stores are confusing with all their “health talk,” but trust me, the less you rely on convenience foods, the healthier you will be! A little effort goes a LONG way!!