Parents are interested in making their kids grow into healthy individuals. This statement is true for people from every country, culture and religion.  Some diseases like tetanus can make them suffer. The question that arises the most is how often do you need a tetanus shot? Tetanus is a fatal disease that affects the nervous system. It is caused by the bacteria named as Clostridium tetani. You can find the spores of tetanus in the soil. Even some rusty nails contain C. tetani. The spores of tetanus enter into the body through a wound or an injury inflicted by an object contaminated with C. tetani. These spores then transform into bacillus shaped bacteria and produce a toxin “Tetanospasmin”. 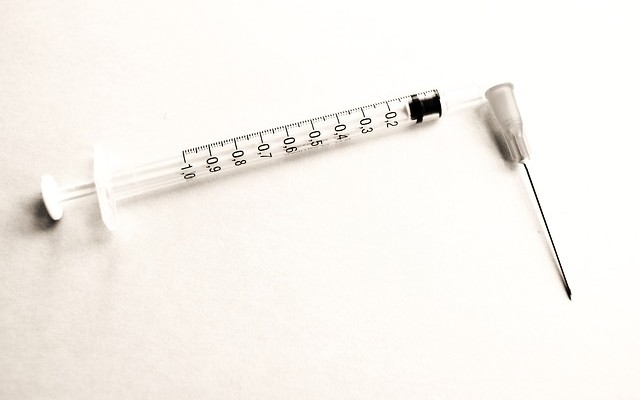 Tetanospasmin blocks nerve signals from the spinal cord and muscles which cause extreme muscle spasms. The incubation time is seven to twenty-one days.

Medical research has proved that vaccines are preventative and not curative. Vaccines help in increasing the immunity before you get affected. A physical examination and patient medical history can help with tetanus diagnosis. There are no specific lab tests that can specify the diagnosis of tetanus. But the good news is that tetanus can be prevented by vaccination. The tetanus prevention vaccine is termed as “DTaP”.

The incidence of tetanus has declined after the development of tetanus vaccine. Protect your children by giving them DTaP vaccination.

There is a specific formula by which you will be able to understand when you should take a tetanus shot and when it is not necessary. This diagram will be very useful for you. 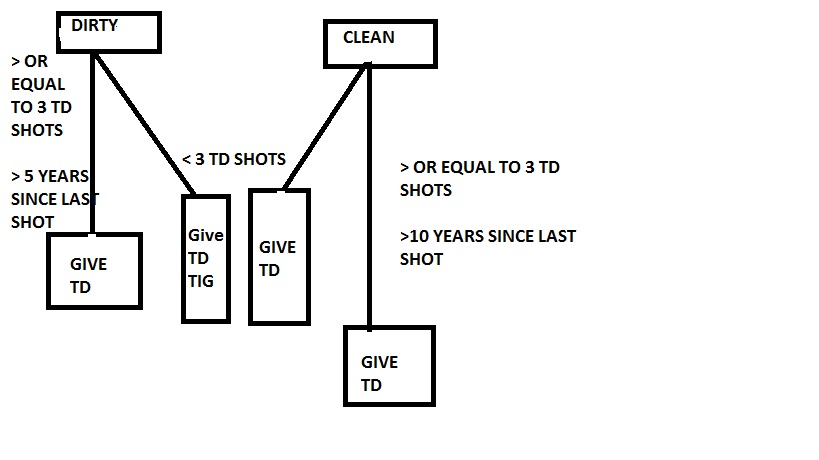 TD stands for Tetanus Diptheria, the vaccine, commonly called as booster. Then comes TIG, it stands for Tetanus immune globulin. This is a very specific neutralizing agent that will bind to the toxin and thus preventing it from getting attached to the nerves. So, here is how it works. You should imagine the letter M because everything hinges on this letter. The first thing you need to determine if somebody comes in with a wound – whether it is dirty or clean. If it is dirty, you will be dealing with the left part of the letter “M”. If it is clean, the right part of the letter “M”. Now the question comes how many tetanus shots the person had in his/her lifetime. If he/she had three or more, he/she will be on the left part of the letter “M”. If the person had less than three shots, then he/she will be on the right part of the letter “M”. The persons who do not have information on the number of shots they have taken, they will come in the middle of letter “M”. If the patient does not know the count of his/her shots, then you have to assume it is less than three shots.

Example 1: A 24-year old steps on a rusty nail and he goes to a doctor for treatment. So, it will come on the dirty side of the letter “M”. The person does not know his immunization history, so he will fall in the middle of the letter “M”. At this stage, you have to assume it is less than three. This leaves us with only one option that is to give a tetanus booster and TIG.

Example 2: Thirty-five-year-old woman stabs herself with a kitchen knife. Her last tetanus booster was seven years ago and she had been given necessary vaccinations in childhood. This situation will come on the right side because knives tend to be clean. She has got three or more tender shots plus the time span of the shots is not more than 10 years. So, this woman does not need any booster and TIG.

These were some of the examples which explain the tetanus shots duration in a more detailed manner.

Family is very important for every human being. Make sure you protect your family from tetanus by:

So, now you know how often do you need a tetanus shot? Make sure you take all the vital vaccinations on time to live a healthy life.

The best way to stay from any simple disease such as cough and cold is to stay fit by indulging in any kind of physical activity such as walking, running, jogging or participating in a martial art like Aiki Jujitsu. Exercise keeps your body toned and fit so that you can take part in leisure activities, perform excellent work at home and office in a positive attitude. The importance of mental and social benefits of exercising regularly every day have been well-documented by scientists.