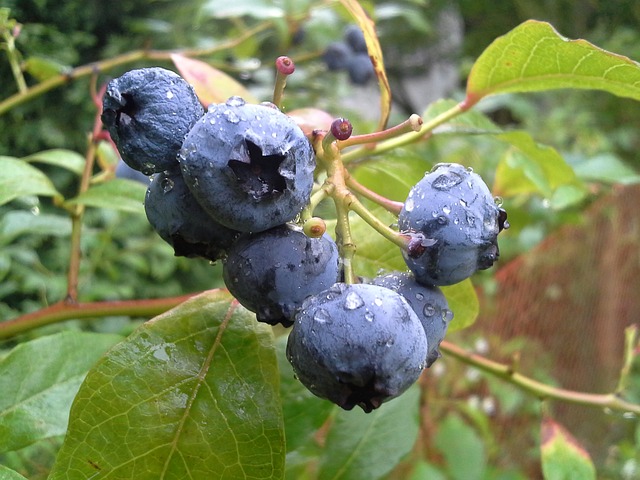 The lowly bilberry has enjoyed a significant place in human nutrition and pharmacology since the Stone-Age. It is doubtful that Neanderthal Ned harvested bilberries because of their anti-aging properties, but he certainly benefited his health by enjoying their flavor and nutritional value. A member of the European blueberry family, the bilberry was highly regarded by the sixteenth century as a treatment for bladder stones, scurvy, cough and lung disorders.

The importance with which various cultures regarded the bilberry can be seen by the observance of Fraughan Sunday, an Irish holiday on which bilberries were traditionally gathered. The Gaelic peoples also honored the bilberry by harvesting them on Lughnassadh, the first harvest festival of the year. Although they can be eaten fresh, bilberries are usually made into Jams, juice or pies. In Brittany, the tarte aux myrtilles or bilberry tart is a traditional dessert.

Claims for the health-giving properties of bilberries abound throughout literature and folklore, with the fruit being credited with properties that aided diarrhea, soothing throat and mouth inflammations. A leaf decoction was said to control diabetes. Other claims for the power of bilberry included treatment of tuberculosis, edema heart disease and vascular disorders. The reputation of the bilberry to improve night blindness is well-known, with reports that British bomber pilots utilized the berries to aid night vision on night bombing runs.

More recently, serious scholarly studies have explored the benefits of bilberries in the treatment of colon cancer, leukemia, tumor reduction, macular degeneration, cataract and retinitis pigmentosa, diabetic retinopathy and a variety of other conditions with positive results:

A study of rats bred for visual problems showed positive results when the test rats were fed dietary supplements containing bilberry extracts. At three months, 70% of the control group showed signs of cataract and macular degeneration, while the bilberry-treated group showed none.
Bilberry flavonoids contain powerful antioxidants that scavenge free-radicals and help to prevent some of the most common forms of age-related blindness and ocular disorders.

Other studies show bilberry extract to be effective in inhibiting the growth of human leukemia and colon carcinoma cells, most likely due to their high anthocyanin flavonoid content. Anthocyanins are what causes the deep coloring in fruits and vegetables and are being investigated as a safer and more healthful coloring agent in foods.

A second powerful effect of bilberries is shown in studies concerned with Anti-angiogenesis, or the ability of tumor cells to create blood vessels to feed itself. These studies show the power of the anthocyanins to prevent this from occurring and may lead to treatments not only in the cancer field but that of varicose vein treatment.

Not only are bilberries good-tasting, they are good for you. If fresh bilberries are not found in your area, there are several sources of dried berries, juice and bilberry jelly. Some specialized markets carry bilberry syrup for flavoring baked goods and ice cream. Dietary supplement capsules containing bilberry extract are available for purchase and make an easy-to-carry supply while traveling.

So, if you crave a taste-treat that’s also good for you, try bilberries. You’ll be glad you did-and so will your body.